It is the time of the year for setting goals and reminding ourselves of what inspires us to move forward with renewed faith. I’d like to share a couple of stories that really capture the spirit of animal rescue.

Recently, I sat in an after-hours emergency clinic with an injured dog from HSPC. The room was filled with people and their ill or injured pets, all with their own stories. I remember one man that was there for moral support with his daughter whose dog needed care. While we were all swapping stories a hysterical woman came in the front door. Her dog was taken through the back door. Its terrible screams and barks filled the lobby for several minutes. As the front staff attempted to console the woman, it was obvious she did not know how she was going to pay for the service to save her beloved dog. The man that was there to support his daughter quietly walked over and said something to someone at the desk. A few moments later the clinic manager approached him and asked if he was sure he wanted to cover the cost of the treatment for the dog which was going to be significant. He said yes, handed her his credit card and requested to remain anonymous. I choked with emotion as I thought about all the angels in human form there are among us. We are blessed by so many that donate to help animals they are not likely to ever meet.

We invite you to be a part of that special group of human angels by renewing your membership or becoming a member of the Humane Society of Pulaski County. Here is our most recent rescue currently needing your help in our shelter. Castiel was adopted from us in 2018. A sheriff’s deputy in another county found him on the side of the road in bad shape. One of his back legs is broken in five places. He is heartworm and ehrlichia positive as well as extremely underweight. The kindness of strangers helped reunite him with us. He is still a sweet boy and with your help we will do all we can to restore his health and find him a good home.
Thank you for supporting the lives of dogs and cats, their humans, and the mission of HSPC!

(Your membership card entitles you to receive some great discounts at many of central Arkansas’s premier pet businesses. Find out where here!)

Rather send a check or mail in your membership? You can download a printable version of the application here. 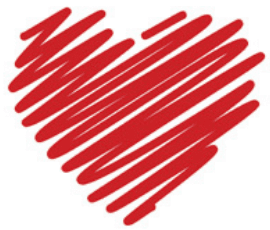